You Are Here: DyOS 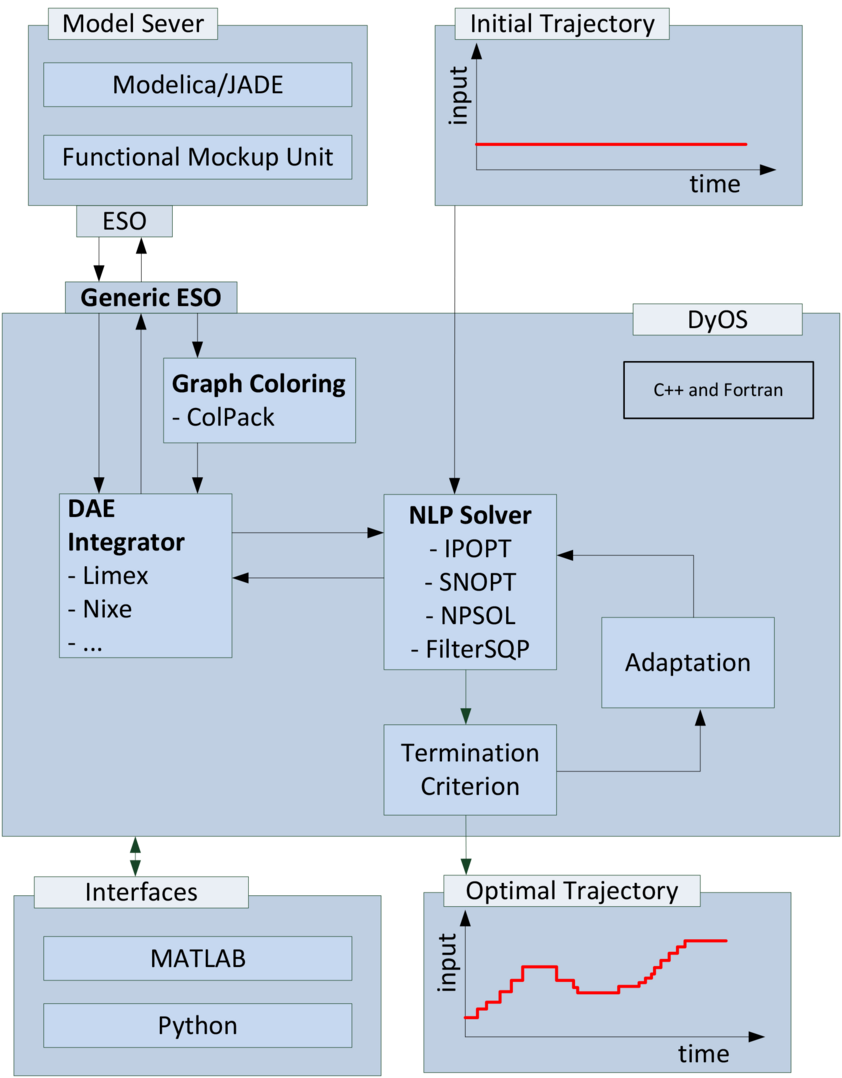 A large class of dynamic optimization problems involve models given by differential-algebraic equations.

DyOS allows the model to be accessed via a so-called Equation Set Object (ESO) interface, a standard developed in the Cape-Open project. Models can be imported in DyOS as Functional Mock-up Units (FMU). But also the free model server ACSAMMM can be used (using Modelica as model language).

DyOS has been developed at AVT.PT and is still under continuous development at AVT.SVT. We are grateful for funding from DFG, EU, BMBF, BMWi, Helmholtz and various private entities that have contributed directly or indirectly to DyOS. It has been released under the GNU General Public License GPL v3.0.

The source code is available here